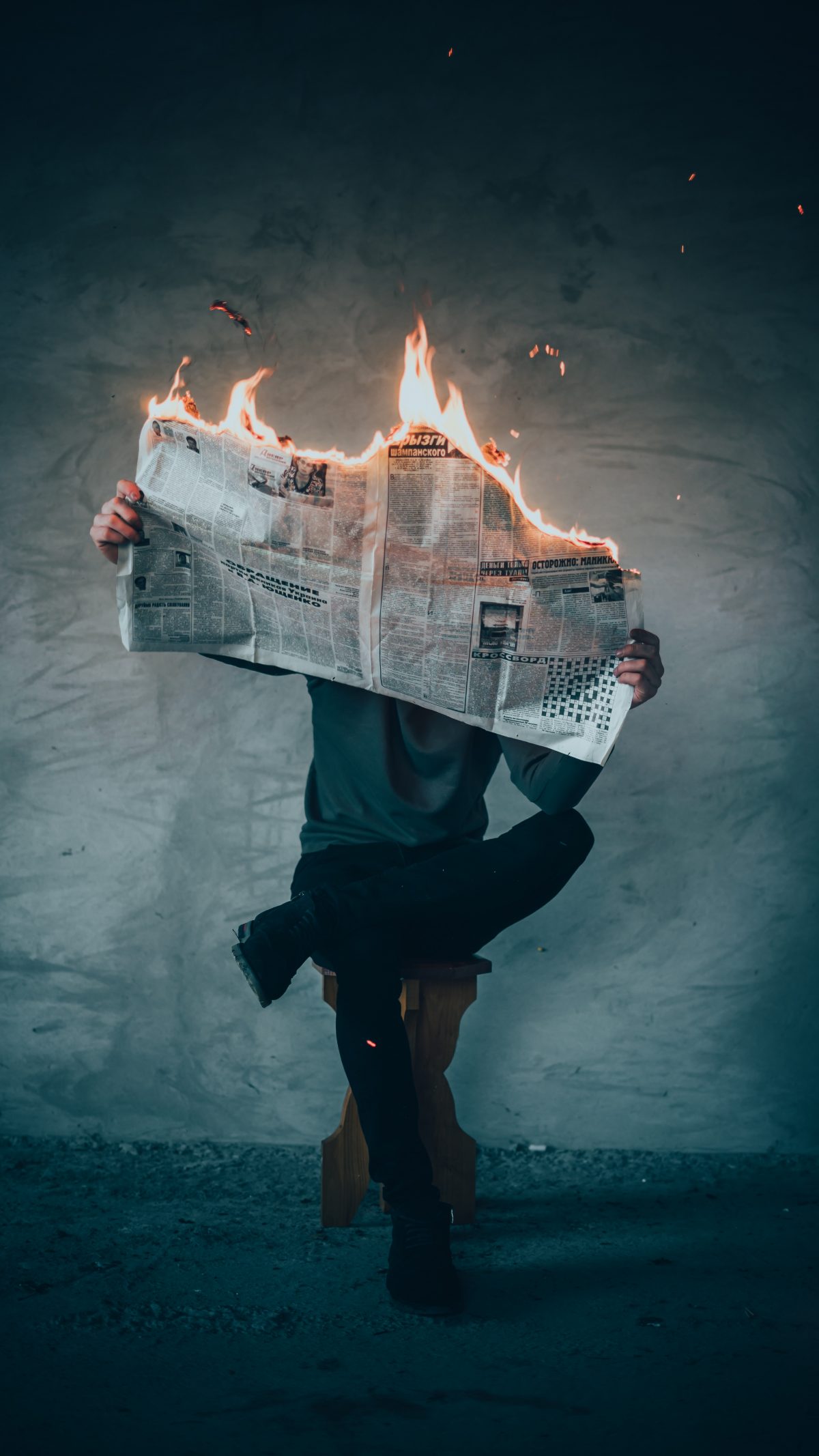 Attacks on the media have increased over the last few years.  They’ve been wrong and they’ve been right.

Some people think the “liberal” media has secret meetings where they dream up and coordinate anti-conservative news campaigns. To do that, as with any conspiracy, would involve thousands of reporters, editors, producers, and directors all working together. That would be like organizing thousands of wild cats – an impossibility of nature.

They’re right about one aspect though; newspapers, cable and broadcast news people tend to be liberal. And there’s a good reason. They see a lot more of the seamier side of life than do their viewers or readers. They report on murders, rapes, robberies, corrupt politicians, cops, and pedophile priests, and worse.

More important, they report on the victims. That can crack belief in the status quo pretty fast.

Seeing a 30 second news story about poverty in what some call a “ghetto” that you only drive through when you get lost, and reporting on life there are two entirely different things. Spending hours learning the details about everything from drugs, to toilets that don’t work, to rats, to cockroaches, to dirty water is eye opening. Doing the interviews with people who are hungry, sick or just broken, is not just eye opening; it is wearing, physically and emotionally. Being able to leave for the office or home after just a few hours or days immersed in that life, doesn’t leave it behind. Even though you can never fully understand, being just a visitor, those details stay with you from then on.

So, yes, people who report the news tend to be liberal.

Actually, objectivity in news is a relatively recent phenomenon. Slanted – bad – news was common in the early days of the country. Thomas Paine’s pamphlets helped gin up anger at the British prior to the Revolution. Newspapers in the North and South fomented the Civil War. William Randolf Hearst’s papers either blew up the “Maine” or blew up the story and triggered the Spanish American War – take your pick. The media contributed to our entry into WWI and WWII.

The reason? Sell newspapers and ads.

It was the arrival of radio that helped bring objectivity and fairness to the media.  The Communications Act of 1934 required stations to give equal airtime to opposing political candidates. 1949’s Fairness Doctrine required honest, equitable, and balanced coverage of issues of public importance. That helped most papers, post WWII, to focus on objective – fair and balanced – reporting.

It continued in broadcasting through to the 1980’s, when Reagan dropped the Equal Time Rule, reasoning that cable news would guarantee a variety of points of view. That spawned Fox News, which has never been fair or balanced, which was eventually followed and poorly imitated by MSNBC and the rest.

So here we are, back to the early days. Only now it’s not just slanted news, it’s primarily stories designed to scare us into following news more closely.

From headlines about “Breaking News”, which is frequently about something as mundane as traffic jams, to breathless follow-up reporting on traffic jams, news organizations now work on – not objectivity – but ginning up your adrenaline. One of the worst (or most effective) at this approach, in my mind, is ABC World News Tonight. They rarely even use complete sentences, just rapid-fire, breathless phrases. That’s scary.

They – and the rest – also freely embellish objective facts with un-objective adjectives designed to generate emotion – usually fear. “We have sad news to report”, “It was a stunning setback”,  “This is a disturbing story.”

A friend of mine deliberately cut himself off from the most of internet, TV and radio for a few months. After going back to it recently, he said it was a jolt. It all felt quite scary. That’s good news for the media. The “fight or flight” approach is working.

Not so good for us, though.

To avoid being ginned up by hyper-news, check out news entities that don’t live or die on clicks and eyeballs, that don’t try to adrenalize their audiences: PBS, NPR, BBC, CBC, The NY Times, Wall Street Journal, Inquirer, as well as AP News, Reuters, The Economist, to name a few.

They’ll help you save all that adrenaline for important things like sports, freeway driving, or finding a parking space.