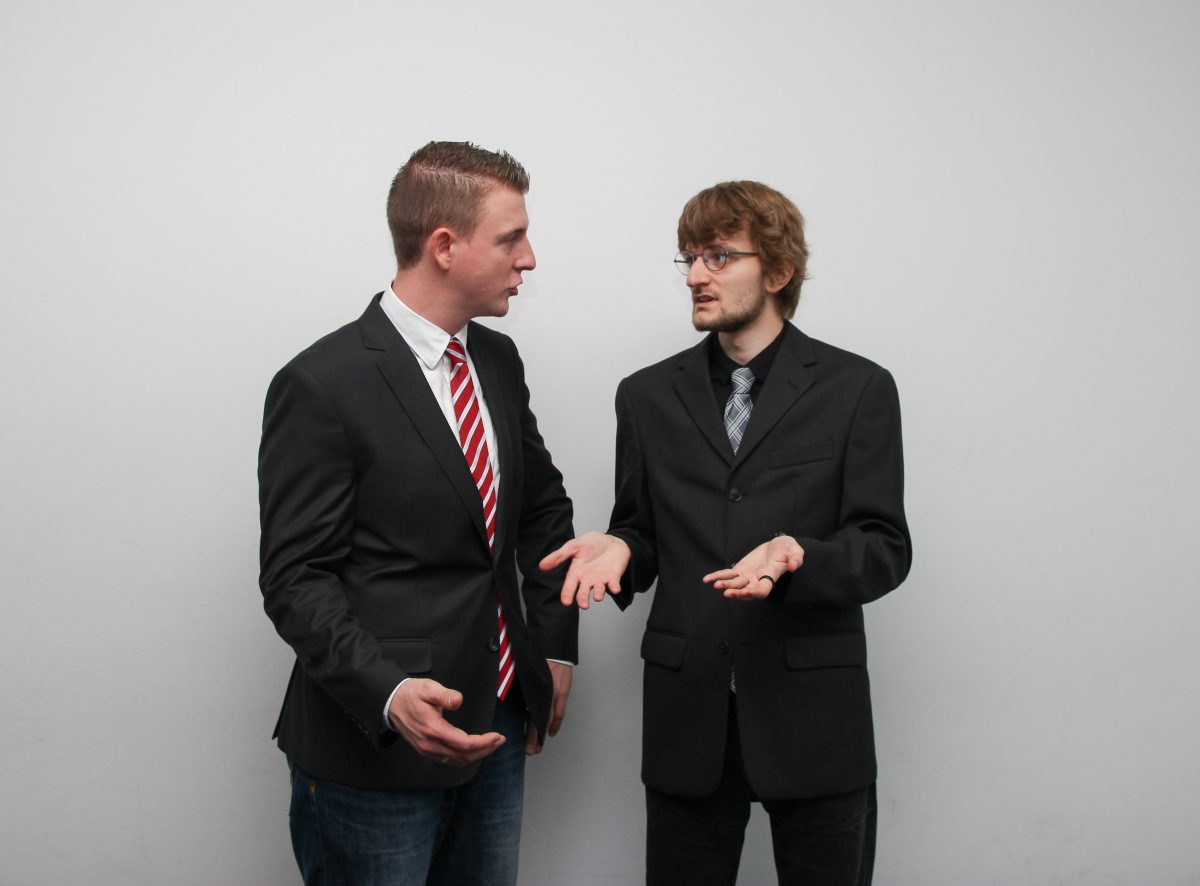 Following recent attacks by Rep. Liz Cheney (R,- Wyoming) on the Big Lie about the election, and reiterating that skillful lying is the future of the Republican Party, Representative Kevin McCarthy announced today a new “Master Class in Lying”. The course is designed to train Republicans to lie imaginatively, effortlessly, and with purity of purpose.

He broke the program into 5 categories: 1) The Big Lie, 2) Embellishing the Big Lie), 3) Lying about Lying, 4) Lying just to troll reporters, and 5) Lying because we can; we’re out of high school!

The Master instructor will be announced once Facebook reconsiders.

To show Republicans followers the effectiveness of lying succinctly and with a straight face, McCarthy checked all 5 categories immediately following his Wednesday meeting with President Biden at the White House with one master sentence: “I don’t think anybody is questioning the legitimacy of the presidential election.”

Reporters immediately called their editors for guidance on whether to call that a “Lie”, an “Untruth”, a “Fabrication”, or an “Allegation”.

“Who cares! Run it now!” The editors said. “We need clicks and eyeballs. Biden is boring.”

Rep. Paul Gosar (R-Ariz.), who had been blamed by his own family for helping incite the January 6 attack on the Capitol, nailed #1 by saying the rioters were “peaceful patriots” who had been “harassed”  by Federal Law Enforcement.

Rep. Andrew Clyde (R- Ga) qualified for #2 with “there was no insurrection” and  the video from that day looked like “a normal tourist visit.”

Rep. Buddy Carter (R-Ga) got a standing “O” on #3 by saying The Big Lie wasn’t about the Insurrection at all; it was Biden talking about bipartisanship.

All three got into the first Master Class.

Some Republicans have, sad to say, simply not met the high standards of admission to the Master Class.

Mitt Romney was barred from even applying.

Liz Cheney, daughter of ex-VP Cheney was deemed unteachable for blaming the (soon-to-be-named) Master for the attack on the Capital. She reacted like the spoiled elitist she is with this childish comment: “We must go forward based on truth. We cannot both embrace the big lie and embrace the Constitution”.

Then she killed any chance of reapplying next year with, “Remaining silent and ignoring the lie emboldens the liar.”

“They’re hugging and kissing the police and the guards, you know…”, said the Master. 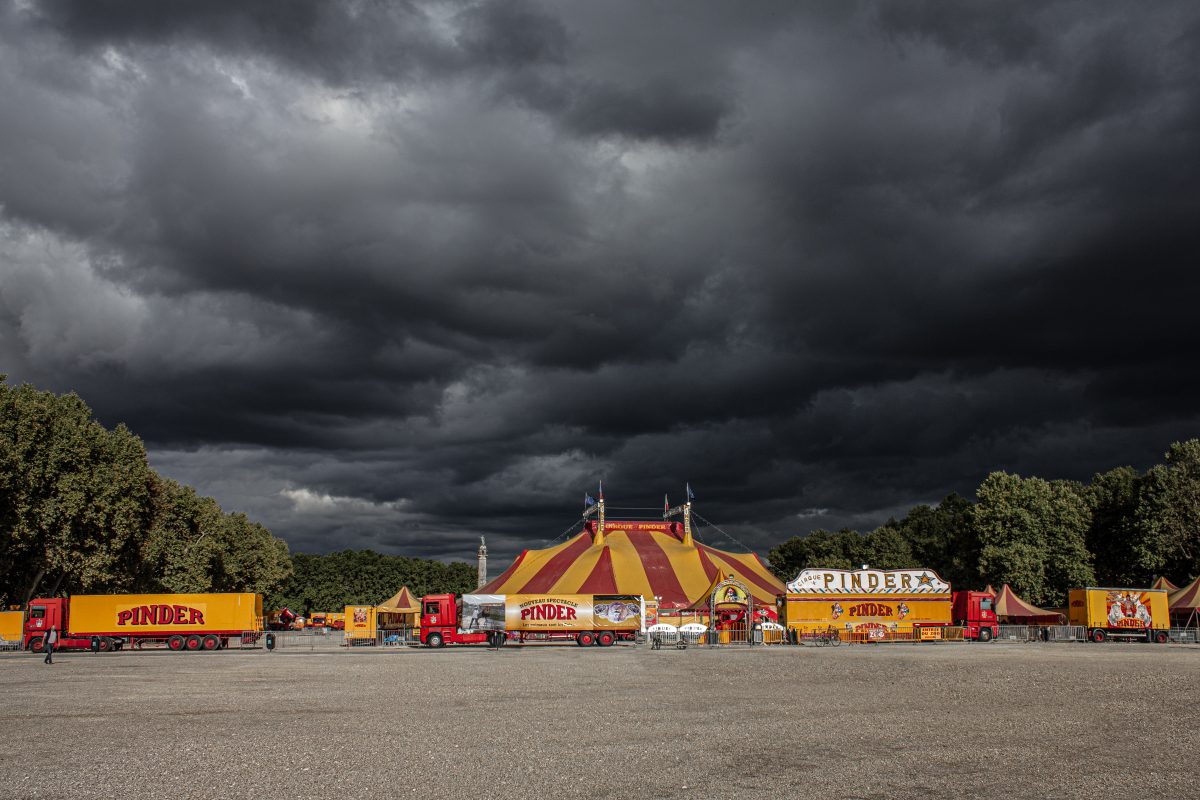 That old evil VP Dick Cheney’s daughter, Liz, is in the center spotlight shooting at the lies our Former President (FP) and carnival barker as his supporters yell about the election.

And stodgy Romney is supporting her.

What do you know: Republicans with backbone! And integrity!  Who’d a thunk it?

Meanwhile FP is an ex-cheerleader without a megaphone, trying to get disinterested fans back into the stands.

My only real worry is that Facebook and others might return his megaphone in 6 months. It’s a tough call: we cherish free speech, but with FP’s 30,000 lies over 4 years, does free speech now include free lies?

Democratic leaders, Biden, Pelosi, and Schumer are shooting money at the people in the stands, like confetti from a cannon, while pretending refugees aren’t trying to get into the show without a ticket.

Meanwhile Hawley, Greene, Cruz, Jordan and others are out in the parking lot trying to gin up FP fans by attacking anyone who disputes FP.

FP subalterns like Rudy Guiliani, Mike Pillow-Guy, and other psycho-sycophants are being sued almost as much as FP himself and for the same thing – The Big Lie.

Tucker Carson is screaming from the Fox box about Democrats trying to replace white voters with black and brown voters in an effort to destroy our democracy.

While Democrats in the cheap seats are screaming that Republicans are blocking black and brown voters in an effort to destroy democracy.

It’s like cats being herded by – I don’t know – other cats?

But wait. None of these people are dumb. OK, maybe FP, but, if so, he’s dumb like a Fox host.

So what’s going on?

And why so much anger?

This country was founded by what Penn Sociologist Digby Baltzell called White Anglo Saxon Protestants, or WASPs. WASP men came here from Europe and imported African American slaves. Waves of other immigrants followed, from the Asians and Irish in the late 1800’s to Italians and Jews in the 1900’s to Central and South Americans, Mexicans, and Asians again in the 2000’s.

A bit simplified, to be sure, but these immigrants strengthened the country as they moved up the ladder from poverty to prosperity.

With each wave of immigrants, WASP men lost a little control, culturally and politically. Until recently that loss was reasonably subtle because it involved WASP men being replaced by other white men (usually Catholic or Jewish) for the most part.

But more recently three other groups have demanded a space on the ladder: women, Asians (again? Yes! I know, I know) and brown and black people. And non-whites are growing, from a little less than 40% of the population now, to over 50% by 2045.

Wasp males lost primary power over culture and politics starting in the 1950’s. Now all whites are facing the same threat. Loss of power.

And recently, when white males, particularly non-affluent ones, look down the ladder, there aren’t as many rungs between them and the ground. Even worse, the lower rungs aren’t always guaranteed to have non-whites on them.

So white males are scared.

Which really scares the other half of the country: the non-conservatives.

Either way, we are all at a crossroads and that is quite scary – for all of us.