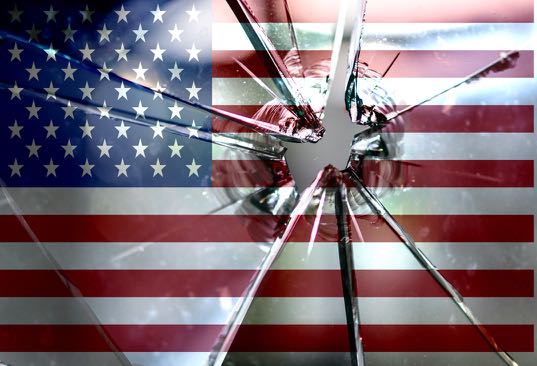 I am on the phone listening to a female robot’s soothing reassurances: ”Thank you for holding. We value your call. Someone will be with you as soon as possible”. Which she repeats between phrases of soothing music.

I am sure she means well. She probably has a family, maybe even kids of her own. I wonder if she gets a coffee break. Does she go out with her robot friends for lunch? Is she really as nice as her tone indicates? Is she that way with everyone? Hey! Maybe she likes me!

Nah.  She doesn’t even know me.  Who am I kidding?

Or maybe she does! Maybe she’s at the end of a computer owned by Amazon or Google that knows everything about me, including my good looks, charm, and personality…!

Then I wake up. It’s 7AM and time to greet the loneliness of a crowded pandemic.

A friend of mine once asked her husband why he didn’t seem to “give a $#!t” anymore.

It was not always this way. Despite the constant lauding of American individualism today, the early Americans focussed more on community than lore would have it. They had to to survive. Wagon trains were communities. If your “give-a-$#!tter” broke, you were kicked out. And bad things happened to you. Like death.

Through the years, projects too big for individuals became community efforts, from small towns all the way up to the Federal government. “United we stand; divided we fall” was the idea.

Vestiges of that culture remain here and there: public schools, public water, our highway system.

But as the country grew more successful, western writers and later Hollywood ignored the culture of community and glorified rugged individualism: If you work hard, you succeed; if you don’t, you die… and good riddance.

Now nearly half of the country considers the notion of a safety net to be socialism, which is just another word for communism.

Our recent leader, who personifies a broken “give-a-$#!tter,” identified that divide instinctively. And, under his leadership what had been a weak seam joining the two sides, became a huge gap.  Immigrants were denigrated. The pandemic was ignored, killing hundreds of thousands. White Supremacists, once furtive,  came out of their sewers and attacked the Capitol.

“Now is not the time to debate gun control” says the NRA after Atlanta and Denver and every other mass shooting, followed by genuflecting to the Second Amendment. Imagine the number of lives that would have been saved had the words “muskets” or “cannon” been used in it instead of “arms”.

Broken “give-a-$#!tters ” are way more common now than, say, during the last national crisis, WWII. Today, even though it takes no effort to wear a mask or stay a few feet apart as a sign of caring about others, many Americans, including government leaders, vehemently refuse.

Valuing community hasn’t completely disappeared. There isn’t a religion in the world that isn’t based on functioning “give-a-$#!tters”. Sports teams have it. So do families. Even neighborhoods.

But broken “give-a-$#!tters” are trending now. Political leaders used to care about people. Now they care about polls. Businesses used to be “relationship driven”; now they’re “data driven”. You and I don’t matter, data does. Artificial Intelligence does.

Which can get discouraging. Well, except in my case. Because I know there’s a robot out there, somewhere in my dreams, who really does “give-a-$#tt”.

“Sacré Bleu! How could you do that!” says Buddy, my standard French poodle the other day. He speaks French, English and Bark! I only speak English, so I am always at a disadvantage.

“Tell me those things were treats?”

“Those ‘things’ were heart worm pills, which you always refuse to take.”

“If I hadn’t wrapped them in cookies, you could get heart worm and die. I had to lie.”

“That’s what’s wrong with humans. You lie”, he says dismissively.

I recall a conversation with a Penn sociologist who said everyone lies multiple times a day, mostly “good” lies, to be sure, but lies just the same.

I hate it when he’s right.

“Dogs don’t lie. Another reason we are superior to humans. It’s a très sad part of nature.”

I can’t argue. It is sad. We walk along in silence. I think about all the lying, and for what? Then, I get an idea, an unbelievably great idea!

He ignores me, busy leaving a personal souvenir on a neighbor’s lawn.

“The country is in trillions of dollars in debt, right?” I say, picking up the souvenir with a plastic bag (I am ever the good neighbor).

“Is that your news of the day?”

“Nope. This is. I know where to get the money to pay the debt. And how to make America rich again!”

He stops and looks at me. “I can smell stupid, you know.”

I am undaunted. “So, say you’re a politician and you want to get elected and you promise to, I dunno… be honest”.

“You know that’s a lie, because all politicians lie. It’s part of their DNA. We all know that.”

“Enter the Liars Tax. The bigger the lie, the bigger the tax! Can you imagine the money that tax will produce just from politicians!”

“—It’s not just politicians. It’s everyone.  And I’m not just talking about obvious lies. I’m talking about legal lies, too, you know the ones that lawyers write for companies—”

“—like Comcast or Verizon – in fact all advertisers! And think about the Pharmaceutical Industry. The Liars Taxes they will pay boggles the mind! ” I’m on a roll. “Car dealers will have to pay in advance. ”

We’re walking briskly now. “So will the media”, I say. “Can you imagine how much money the government will get from Fox News alone!!”

He looks at me with a cross between disdain and pity. If you’ve ever had a French poodle, you know what I mean.

The look becomes a bit sadder. If I didn’t know better, I’d say pity was creeping in.

“Which party, yours or mine?”

“Of evolution or religion, and whose version of history?”

“So I can be accused of eating homework…”

“Oh…” I’m starting to run out of steam. “OK…Just let me think about this a minute… or three…”

“Yes, Henry. You do that”, he says in a soothing voice. “And when you have an answer, tell just me, OK? Meanwhile, let’s just keep this between you and me. Don’t even tell your kids, your family…the neighbors…strangers, especially strangers.”

We’re back at our front door. I open it and he lets me go in first. “Meantime, why don’t you relax on the couch, turn on “Leave it to Beaver” or “Superman” or “Disney Channel” and relax? OK?…Good boy!…That’s a good boy!…”