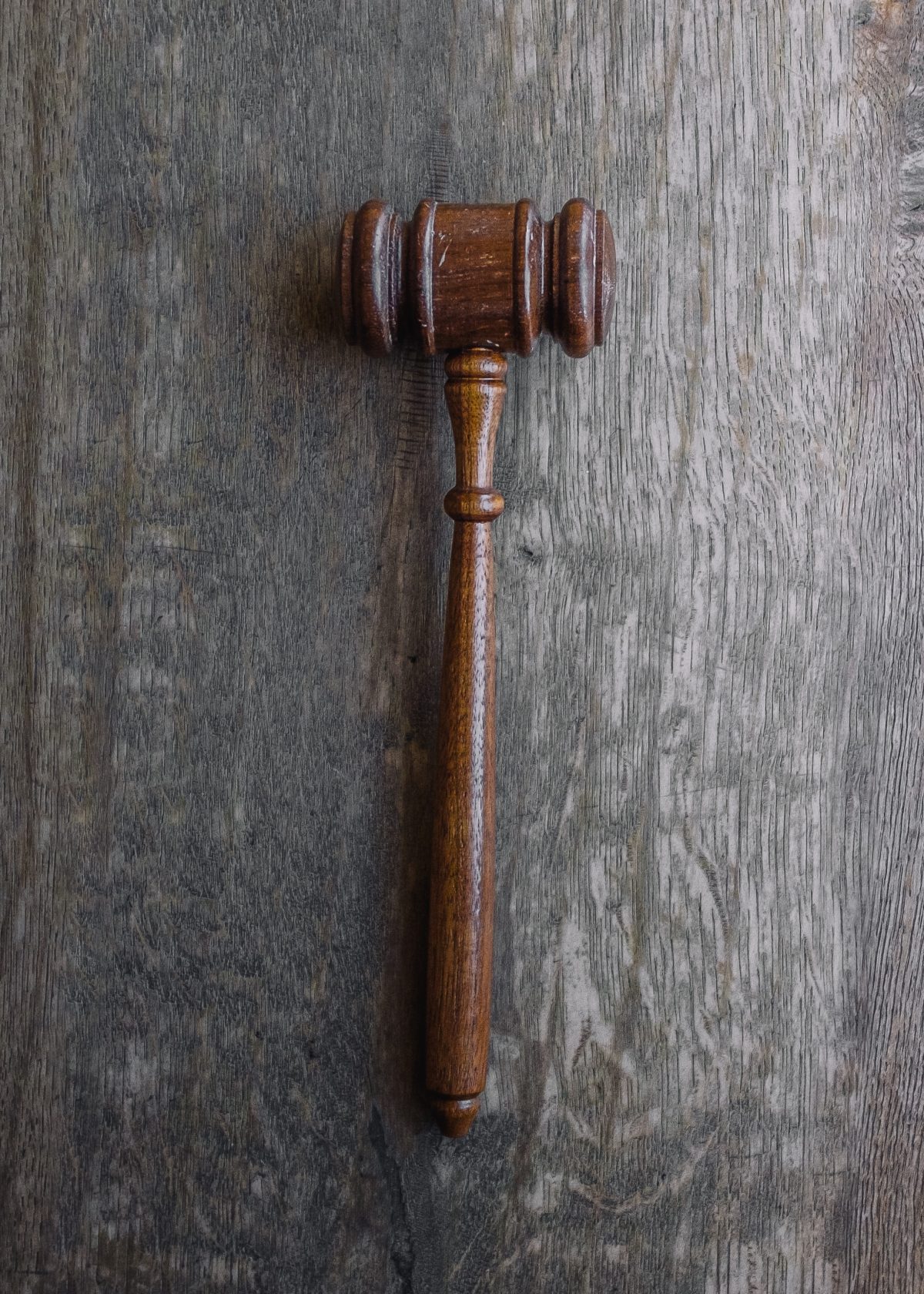 For the last umpteen months, almost since he took office, impeachment talk has centered on the most hated/admired President since Andrew Johnson, Donald Trump.

Wait. Since Nixon… No. Clinton.

Wait! Franklin Roosevelt was really, really hated in 1932. Then he was loved and went on to four terms. Which, by 1951, caused another change of heart: limiting a President to two terms via the 22nd Amendment.

We are a fickle country.

If you want to get rid of a President or other high official, you have two options, the 25th Amendment for mental incompetence, and Article 2, Impeachment for “treason, bribery or other high crimes and misdemeanors.” Article 2 also gives The House of Representatives the “sole Power of Impeachment” and the Senate “the sole Power to try all impeachments”.

When she was only 28 and the House of Representatives first considered impeaching Richard Nixon, Hillary Clinton helped write a report on Impeachment. It noted that 83 federal officials had been served with Articles of Impeachment since the Constitution made it out of Philadelphia’s Independence Hall in 1789.

In 1974 the House used the report in deciding to impeach Nixon. It must have been a pretty impressive piece, because Nixon resigned before he could be impeached.

Over the years, only 8 Presidents have faced impeachment and, of those, only two have actually been impeached: Andrew Johnson and, ironically, Hillary’s husband, Bill. Both were acquitted.

At 0 for 3 since 1789, it is small wonder Pelosi is leery of impeaching a President.

Of course that leaves out all those non-presidents who have been impeached over the years.

The first judge to be impeached was John Pickering in 1803. He was nominated by George Washington, no less. Even so, he lost his job due to mental instability and intoxication on the bench.

Mental instability and intoxication are pretty common excuses today for everything from petty theft to wife-beating and mass murder; Impeachment is a high bar.

Since 1803, 15 judges, two presidents, one Secretary of War, and one Senator have been impeached. Eight were found guilty and removed from office. One case was dismissed. Seven were acquitted. Three resigned.

The most recent federal judge to lose his job, Thomas Corteous, of Louisiana’s Eastern District, was caught taking bribes and lying about it. Too bad he couldn’t use the instability/intoxication excuse.

Which brings up Brett Kavanaugh. Remember him from way back in July of last year? And Christine Ford, the woman who claimed he sexually assaulted her during high school? Remember Trump and GOP leaders preventing the FBI from a complete investigation of Ford’s claims? Or Deborah Ramirez’s claim, corroborated by at least 7 others, that Kavanaugh waved his penis in front of her at a Yale party?

At his hearing, Kavanaugh admitted to liking beer, but despite of some weird tears and outbursts, he was never accused of mental instability or intoxication. Instead he was approved for the Supreme Court in a historically close vote, 50-48.

It is now being reported that another Yale woman was also visited by Kavanaugh’s waving penis. So, now Democrats are calling for him to be impeached.

That makes two people the Democrats want to impeach, Kavanaugh and Trump (for some reason, they’ve left out Senate Leader Mitch McConnell – must be his good looks).

The problem for Democrats is that impeachment efforts usually fail. With a Republican Senate, the prospects of impeaching Trump or Kavanaugh are about the same as either one retiring and moving to the Bahamas.

So, why even start impeachment if you know it might fail?

Beyond that, the impeachment of Trump or Kavanaugh may well define the entire 2020 Presidential campaign, smothering a long list of kitchen table subjects, such as climate change, healthcare, economic inequality, education, infrastructure, etc…

Politics is not included in the Constitution, beyond some ground rules. The Constitution doesn’t suggest when to do anything about “treason, bribery or other high crimes and misdemeanors.” It simply offers a way to stop them. House members decide when, or even whether, to do so.

So, if Congress sees “treason, bribery or other high crimes and misdemeanors,” should it use the Constitution or not? If it doesn’t act now, will it weaken the Articles of Impeachment for future use? Is Impeachment a political or moral tool?

If the House does nothing, is it doing something? 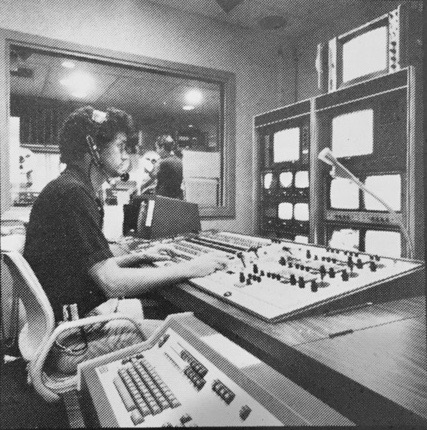 I remember distinctly the first time anyone said, “Have a nice day.” It was in the last century, circa 1970’s. I was in Baltimore where I produced and directed The Arnold Zenker Show, a morning talk show at WJZ-TV. Carrie Peterson, an Associate Producer was seeing a guest out. Instead of just saying “Thanks for doing the show” or even “Bye!”, she cheerily said both and then added a phrase I’d never heard:

Carrie was a very cheery person. She was also smart and nice. If I had to use just one word to describe her, though, “cheery” would be it.

Or “chipper”, maybe. She was chipper, too.

They shook hands and off he went. As she walked by me, I said, “what’s with ‘Have a nice day?’”

“I just heard that the other day”, she said. “I thought it was a cool. You know. And new.”

(Did I mention this was decades ago?)

And then:  “Hey, Carrie! How about, ‘Have a really nasty day… and a nastier night!’”

She gave me a “whatever-you-had-for-breakfast-get-over-it!” look and went into her office.

Guess who was not having a nice day? Yep. Arnold had just informed me that the guest I had booked that day was duller than a preacher on Monday morning and making him seem interesting was like a being nice to IRS agent.

Since then I’ve noticed we say a lot of things to each other don’t mean anything close to what we say.

You go to a restaurant with your son and the waiter says, “I’m Fred (or Sally or Bozo). I’ll be taking care of you.”

(Really? How about paying my electric bill? My grandmother thinks I’m my father. Could you straighten her out? Or my son here. He plays video games all day instead of looking for a job. Could you get him to take a shower, or maybe pick up his room? How about just getting him to answer his phone!)

Later on, just as I’m finally convincing my son that growing up is a good thing, the waiter butts in with “How’s the food?” And while I am answering politely, my son rethinks the whole thing!

You go into a grocery store and ask a worker where the light bulbs are.

It took a few times, but now I give up at the first “I’m not sure”. It’s just better for the universe. I’m sure.

Back to the restaurant. The server brings your food and says, “Enjoy!”. Not “I hope you enjoy this”, or “please enjoy”. Just “enjoy”. It’s an order. I haven’t done it yet, but one day I’m just going to blurt out, “Uh, No!”

As time has gone on, I’ve become much smarter about phrases that don’t mean what they say. For example, the first time I heard, “Your call is important to us” and “We value your time”, I knew neither was true. The robot had never even met me.

I am waiting for the time when I can leave a message for the robot: “No, it isn’t important to you and no, you don’t value my time. But you know what? They’re both important to me.” Followed by a loud Bronx cheer.

When I was a kid and someone asked, “How are you?” I might have answered, “Not good. I got an F on my English test and the dog pooped on the rug and I got blamed for not taking him out and …” And they might have said, “Well that’s too bad… or “Boy, dog poop? That stinks!”

In other words, “How are you?” was once a real question.

Today when I’m out walking my dog, and someone walks up and says, “How are you doing?” they keep walking. What they really mean is “I’m just being nice – Do not even think about talking to me.”

So I respond with “How are you doing?” And I keep walking. Then I tell my dog how I am.

I haven’t seen Carrie Peterson since the 70’s, but I have a feeling she started the whole thing.