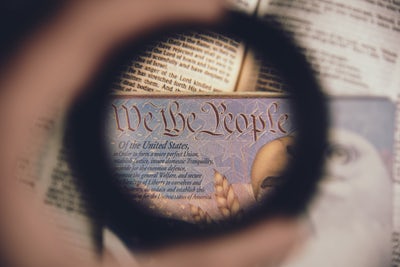 OK. It proved that the New York Times, Washington Post and others gave us real, not fake news. It proved Trump tried to have Mueller fired. It proved Trump’s lawyers know he lies through his teeth. It even found evidence of obstruction. But, according to Mueller, a sitting President can’t be indicted.

So why even have the Mueller Report?

First, history. Mueller’s not a historian, but he might as well be, because he has provided a detailed history of what happened. And he did it now, not ten, thirty or a hundred years from now. More important, where most historians spend years, on their own, digging through dusty old records, Mueller and his 13 investigators researched original material and interviewed actual witnesses. They backed up most of their facts with second sources.

So, just from a historical perspective, this material is pristine and invaluable.

Second, it tells us one (at least somewhat) reassuring, fact: while many consider Trump as corrupt a President as the country has ever seen, at least some of his key people were ethical. Seven administration members, including Sessions, Rosenstein and McGahn, simply ignored Trump’s orders and refused to fire Mueller. That takes integrity.

Of course, we’ll see about those whom Trump put in their places.

Third, and maybe most important, despite all the verbiage and cable outrage, it wasn’t Mueller’s job to decide if Trump was colluding, obstructing, or doing anything else wrong. His job was to investigate and, if he saw collusion, obstruction or other crimes, take it to another branch of government: the courts.

There’s a good reason for this: the US Constitution.

Before 1787, most countries had kings, queens, emperors, and the like. With a few exceptions, these leaders decided everything from what you ate, to where you lived… to if you ate… or if you lived.

Our forefathers changed all that. They deliberately avoided the idea of one person – the President – deciding guilt or innocence and/or punishment. Instead, they wrote a rule book of sorts that left the decision as to whether their rules had been followed to a third, completely independent, branch of government, the courts.

That way, there could never again be a King George, Louis XVI, or any other demagogue. As far as the founding fathers were concerned, morality was the purview of the Bible and other religious tomes. Government was simply responsible for insuring equal treatment under the law.

The Constitution guarantees freedom of speech and religion, but doesn’t make decisions about when that freedom has been breeched; the courts make that call. It guarantees freedom from search and seizure, but doesn’t decide when that has been breeched or what to do about it; lawyers argue the law and judges decide. It defines how states relate to each other, the importance of federal laws, and how to change elements of the Constitution. It lays out the framework of the government, but not what happens if, for example, a President exceeds his powers (Congress becomes the court in that case. The House decides to impeach and the Senate makes the judgement).

The Constitution is four pages of very carefully thought out rules that evenly distribute power to three separate branches of government, a deliberate odd number.

The laws that have been written, using the Constitution as a bedrock, comprise hundreds of thousands of pages, and growing, every year.  No small irony there.

So, as frustrating as it may feel to read the Mueller report (four hundred times longer than the Constitution, by the way) and find no closure, we can take solace in the fact that 1) the facts are now cast in concrete, 2) there was at least some integrity and 3) the report was never designed to give closure or make moral judgement; it was only designed to set up the next step, whatever that may be.

Mueller did his job, meticulously. It’s now up to Congress and/or the Courts to do their job in one of three ways.

1) They can do nothing. 2) The House can start impeachment, although the Senate will definitely block it. 3) Congress can continue investigating and hope more facts will either exonerate Trump and his administration or prosecute them.

And there’s a fourth option. If those two branches fail at their job, we can do ours. We can elect a new Congress and/or a new President.